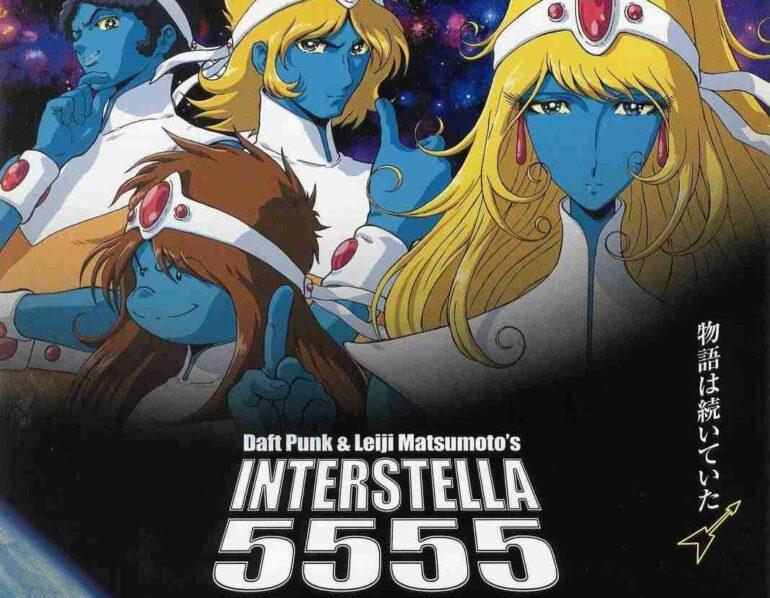 One of the most amazing audio visual journeys ever created, Interstella 5555: The 5tory of the 5ecret 5tar 5ystem tells a story of an alien rock band that gets abducted from their home planet by an evil entity trying to take over the universe. Its a beautiful  journey of love and sacrifice with NO DIALOGUE, only music. Set to Daft Punk’s second studio album : Discovery. What’s really cool is Toei Animation was involved (super legit Anime Production company). Daft Punk doesn’t mess around.

The first four episodes from the film were shown on Cartoon Network on 17 November 2001 during the “Toonami Midnight Run: Special Edition”. Cartoon Network later hosted the episodes online as part of their short-lived Toonami Reactor project.

Did you enjoy this awesome movie? Check out Major Lazer Season 1 its really amazing too!