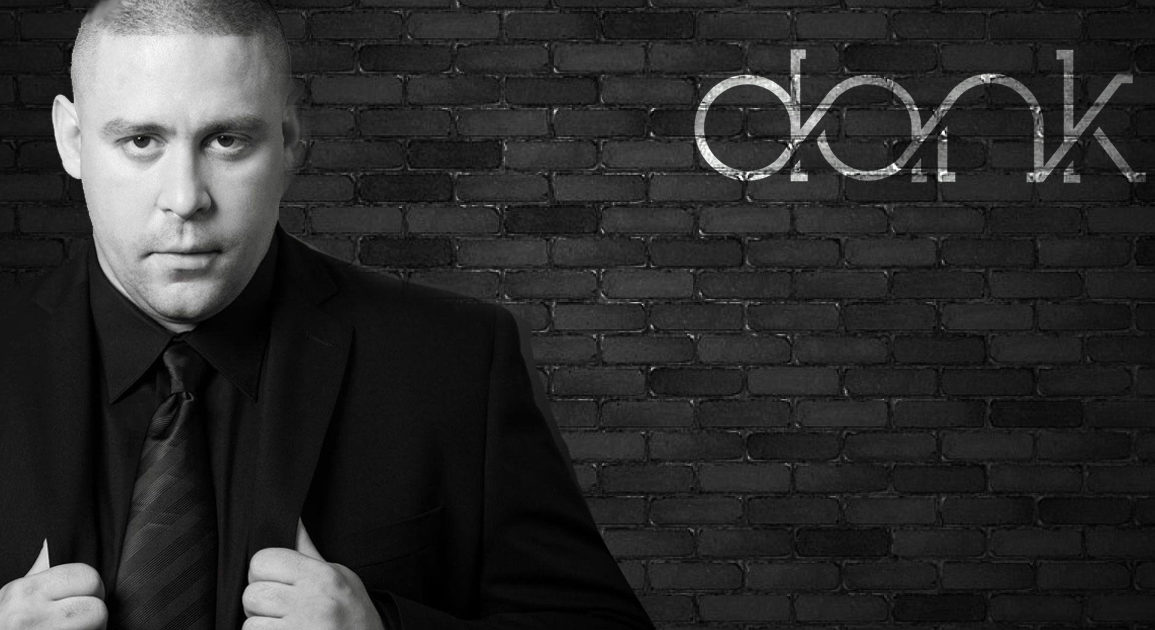 NYCR Interviews DJ DANK a NYC native who has blown up in the past year, The CEO and founder of Funky Element Records, U.S.A. has been hard at work. With countless top 10 charting productions in Electro House he is also a #1 overall best selling producer in Dubstep , House and Drum and Bass.
Who is DANK?

The CEO and founder of Funky Element Records, U.S.A. has been hard at work. With countless top 10 charting productions in Electro House he is also a #1 overall best selling producer in Dubstep and Drum n bass. A DJ/ Producer/ Re-mixer/ & Label Owner for the past 12 years, Dank has been at the forefront of the heavy bass culture movement since its early inception years ago. This New York City native considered to be a pioneer of the underground sound currently coming out of the city that never sleeps, represents heavy bass culture from the school of the hard knox and is knee deep in it. It has been said he eats, sleeps, and breathes heavy bass culture. In addition, he is no stranger to demolishing dance floors throughout the United States and abroad. Fused with sexy bass and super funk, Dank has played along side some of the hottest talent on the planet. He has remixed for various labels around the world such as Armada Music, Big Fish, Play Me, Central Station and the list goes on. His own live performances have been considered thunderously captivating, crossing all genres of the heavy bass movement. With his signature style, of bass in your face “Don’t Talk About It… Be About It” Dank vows to continue on his path of moving dance floors till the early morning.

What Genres do you primarily spin/produce?

* I really don’t like genres cause I think good music is good music however when playing out live I usually play anything with good heavy bass lines and proper chord progression. Production wise Im all over the place however mostly Electro House, Dubstep & Drumstep. Recently Ive been messing around with some trap as well.

What got you into producing music? What software do you use? Any tips for new producers out there?

I went to school for business and audio engineering back in 2002, however really didn’t heavily get into production around 2008-09. I had been DJing since 2000 and for a long time wanted to get into the actual creation of the tracks that I played out. I took a break from music in 06′ and a couple years later is when I really got into production. For my DAW I choose Logic and also have been using FL Studio running bootcamp. Additionally I use programs like Massive, Sylenth as well as Nexus to name a few. Some tips I would give to new producers out there is to get comfortable with your software. It doesn’t matter what DAW you use they all basically do the same thing. However get comfortable and don’t stop. When it comes to sound design its all about trial and error and more trial and error. If your passionate enough you’ll keep going and get better slowly but surely. Don’t give up !

You have had numerous top 10 beatport tracks in the past year, how did you go about promoting yourself?

I started releasing tracks on Beatport in 2010. Originally I would make tracks and reach out to producers that I looked up to and ask them to remix my work. At first the remix would do well and my original not that much lol however was a start. Eventually after some time and studying constantly realized that I had to utilize every method of social media networking and and pr marketing campaigns at my disposal. After non stop promotions and countless releases I started to chart. Then I started to get features, then staff picks and exclusives etc. Then momentum started to build and an explosion started taking place. I can only describe it as it started to drizzle then it started to rain… then it started to pour. It took a long time and a lot of releases however The label grew and the releases started to do well. With all the labels and all the music thats out there these days I would say its 50/50 meaning in reality it’s 50% the quality of the track and 50% the PR and marketing that goes into the release and gets it the exposure. In a perfect world it should be all based on the quality of the track however thats not how it works these days unfortunately. Every release needs to be an event. Eventually I was able to work with a PR firm that handles all my releases and reaches out to magazines and blogs etc. to get not only the release but the label the proper exposure they need.

When did you start throwing events as Funky Elements? Which event was your favorite and why?

I started throwing events as Funky Element in roughly 2001. My favorite would have to be “Afraid Of The Dark” back in 2002? at the Lunatarium on Halloween. The venue its self was on the 9th floor of a building overlooking the east river and the entire Manhattan skyline. The production was proper and the DJ’s were on point and the vibe of the party was great. I was about 19-20 years old at the time. We did about 1500 people that night. Besides that would have to be the last party I threw which again was Halloween, in 2011. We called it “Afraid Of The Dark 2011”. Again, production was tight, the DJ’s were on point and the vibe was sick. I started focusing on the label more and more so wanted to go out on a good one. I think we accomplished that 🙂

What advice would you give up and coming djs to further their career?

Production. Something that has changed and its been changing for some time now is you can only get so far being a DJ. eventually your going to reach a certain plateau. Years ago when I first started it was being a DJ and a promoter and even that only got you so far. These days its all about production. The best advice I could give to any up and coming DJ is to ask your self how far to do you want to go with this? If you want this music and this culture to be apart of your life then do it. Eat, breath, and sleep the music. Thats what it’s all about. Get into production and market your self in all areas. At the same time never quit your day job. Trust me on that one lol I still have mine 😉

How long have you been DJing? What made you decide to start?

Ive been DJing for roughly 13 years. I started going out to parties in roughly 1997 and instantly fell in love with the music and the culture. Back then they played this music that you couldn’t hear on the radio or in most clubs. It was faster, harder and more aggressive. It was underground and raw. If you were not at a party you could only hear it on cassette mix tapes put out by the DJ’s themselves. Shortly there after I bought my first pair of technics and my journey began.

What equipment do you use?

These days technology has changed. Originally 2 technic 1200’s a mixer and a record bag full of vinyl. Now I use a pair of CDJ 2000’s, 1 pioneer 800 or 900 mixer etc. I use CD’s Im personally not into using Serato when performing or Traktor.

What was the best event you have performed at? Why?

Hmmm… There have been a lot however if I had to choose one it would be recently when I played at Webster Hall in NYC. Ive played all over the US however theres nothing like playing in your hometown. I played with Joachim Garraud & my boy Lazy Rich. The place was packed and I played mostly original tracks I made. I played till the lights went on and the crowd was nuts. I hope they enjoyed it as much as I did.

What other djs do you look up to and why?

Guys I grew up listening to, like Frankie Bones, Lenny Dee, Rob Gee, Gonzo, Micro, X-Dream, DB & Dara, Mythi-s etc. (Notice these guys are all from NYC) They don’t sit there and play with a lab top. They can read a crowd and deliver the goods every time. In addition I have never… ever been let down when seeing Richie Hawtin. Dude is a serious musical genius. What do you think about the current state of the EDM scene in the US? Well… I think its bigger than it ever has been. I mean I remember after 9/11 when it was really bad news. You couldn’t get people to come out. Now the #’s at some of these events are crazy. I think its a good thing. Its good for the culture overall. The big festivals may not be your thing or the sneaky warehouse may not be your thing but regardless the most important part about “the scene” in my opinion is the music. These days with technology there are more ways to listen to all different types of EDM then ever before. I think the scene will continue to evolve and look forward to being apart of it. Its all exciting when you really think about it.

What do you think about the current rave scene in NYC? Do you think 2013 is going to be a good year for it?

Look, NYC has always had its ups and downs. However I can tell you this… the rave scene will always be there. Its basically the origin where the whole movement started. I think things are naturally evolving and I think the rave scene in NYC is doing the same. Ive been all over the US and parts of Canada and I will say there ain’t nothin like a good NYC party. thats just my opinion. Call me biased. I think if things continue 2013 will be a great year for EDM and NYC as well as the US in general.

Where are you from?

I originally grew up in Nassau County, Long Island on the boarder of Rockville Centre & Oceanside. I now own a home in Rockaway Park, Queens.

Who handles your bookings?

Gerry and Michelle at the At Large Agency.