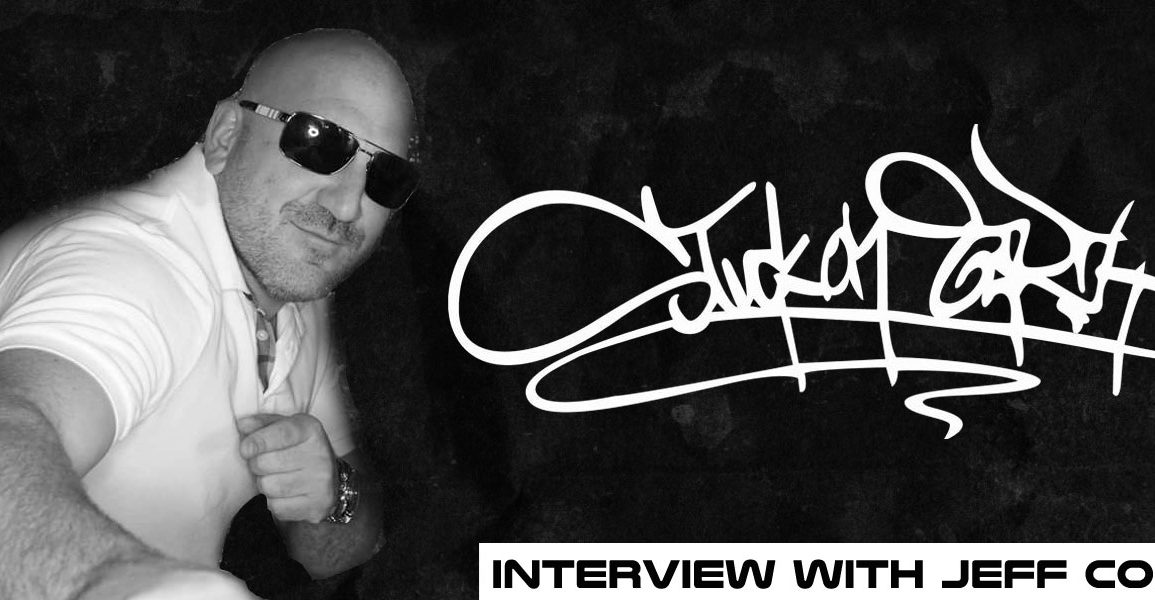 NYCR interviews the owner of STUCK ON EARTH as well as the man behind Epic Entertainment… Jeff Cohen. Stuck on Earth was one of the top Promotional Companies from 1995-2004 they did many amazing events that included the famous Boo series, I have a dream, One nation, Reeespect, Soup,.. etc at venues like Randall’s Island, Circle Line piers, Asbury Park Convection Center and Hammerstein Ballroom.

Who is Jeff Cohen?

Jeff Cohen is the Owner of Stuck On Earth Entertainment and Epic Entertainment. Stuck on Earth was one of the top Promotional Companies from 1995-2004 they did many amazing events that included the famous Boo series, I have a dream, One nation, Reeespect, Soup,.. etc at venues like Randall’s Island, Circle Line piers, Asbury Park Convection Center, Hammerstein Ballroom, and were the first ones to use the South Street Seaport for a EDM event.

How long have you been a promoter why/how did you get started?

I first started promoting for the Limelight in 1995/96 doing guest list. In 1995 with some other Limelight promoters we threw a rave at planet 28. Shortly after that I had my first production company called Ratt Pack and we threw a lot of the afterhour party’s in NYC. Our first real rave event was called Omega in 1998 at Club vinyl NYC and we did a Thursday night weekly on Long Island when caffeine stopped theirs. It’s kind of of a long story how me and Chris love became partners in Stuck On Earth. However, we threw 2 small events first at club vinyl (stay fresh & joy) before we did I have a dream at club Amazura in 1999 that did 5,000 ppl and from there stuck on earth took off.

How long has your production company been in existence? Who are your primary staff members and what do they do?

Ratt Pack was started in 1996 with my sister Dana and a few of our friends. When we became partners with Chris Love- Stuck On earth, we decided to kill the Ratt Pack name. Stuck On earth was started by Chris Love in 1995 and we became partners in 1998. We did many amazing events that included the famous Boo series, I have a dream, One nation, Reeespect, Soup,.. etc and venues like Randall’s Island, Circle Line piers, Asbury Park Convection Center, Hammerstein ballroom, and we were the first ones to use the South Street Seaport for a EDM event. Chris and I took a break from throwing event in 2004 as we both moved onto different project. I went on to own a club in Long Island called Club 2686/Shy Lounge and Bar Called Aqua Lounge. There are talks about a Stuck on Earth reunion, we will see. My new company Epic entertainment was actually started by you lol 2k and Ritalin, when in 2009 2k and Ritalin came to my house in Long Island and convince me to get back into producing events. I felt it was best to come up with a new brand, since Chris was not working with me on this new adventure it seemed best to let Stuck On Earth RIP. (for now )

Do you have any partners currently?

My sister Dana has been my #1 partner since day 1, but Chris love was my amazing partner with Stuck On Earth, Epic entertainment is run by myself and Juan Martinez.

What other companies (if any) have you worked with in the past?

I worked with a lot of different companies, from Disco Donnie, Live Nation, Columns of Knowledge, Zero Tolerance, NYCravers, & Original Brooklyn. More recently I have been producing events with DJ X-dream who owns Stimulant Events.

How many events approximately has your current production company done?

How many events have you thrown overall (including past promotional companies / partnerships, etc)?

What was the best event in terms of awesomeness that you have done? What made it so special?

Wow, another tough question. I would have to say there were a few and they were special for different reasons. One of my favorite series that we threw was the Boo parties. Boo 4 at the circle line piers, was amazing. The fact that we took such a raw space and turned it into such a magical event was special. We did over 12,000 people at that event!! The parking garage that went out into the Hudson was shaking so much I was actually scared it was going to collapse and even though we thought it was hilarious, NYPD didn’t think it was so funny that we were shooting lasers off the Chinese Consulate Building across the street  The following year we brought Boo to NJ, we rented the Asbury Park convention Center, this show was sponsored by Sony and was the national release date for playstation 2 game console. This event was special to me because the drum-n-bass room was just as big as the main floor and kicked ass!! Because Boo 5 at Asbury Park was such a success and sold out we knew we need a bigger venue for the following year. In 2001 we brought Boo back to NYC and rented out Randall’s Island. This probably is my favorite event I ever did, just because we went through so many adversaries. First off, I pretty sure I was the youngest to every produce an event at Randall’s Island. When we did Randall’s Island I was only 24. Boo 6 was supposed to take place at Randall’s island Oct. 6th 2001 but because of Sept 11th we had to postpone the date. Actually on Sept 11thduring the attacks I was on my way to Randall’s for a production meeting, we had to postpone for 2 reasons, one- The National Guard was using Randall’s as a base camp and two- Chris and I just felt it was too soon to hold a festival in NYC. Now we fast forward to April, and this after we had to make new flyers(100k of them), re-book and purchase new flights for all the DJS. We just spent 5 days setting up our site, The tents, sound, lightning, fencing, generators, etc.. The night before, around 10pm just when we finished the final touches some weird storm comes thru off the water and destroys the site. The tents came crushing down; speakers and lights went flying, breaking and now water damaged. It was crazy and the city of NY said there was no way the show was going to go on. They wanted to cancel the event and we pleaded with them, that we could fix it.
There was no way I was going to let Boo 6 get canceled!!! We actually went on rave message boards asking for anyone to please come down to Randall’s and help save boo and they came! A bunch of friends, family and ravers fled to Randall’s island to help us re-build the site. At 12am we were calling every and any sound and lighting company in the east coast. We worked non-stop 12hrs straight and we re-built the whole site that was originally built in 5 days. We even open up on time, I was very proud of our team that day and very grateful to the people that came down and helped us. That is what our scene is about.

What was the best performance in terms of awesomeness that you have seen at one of your events? What made it so special?

I seen so many special performance’s it’s hard to just name a few. As much as I love electric dance music, I grew up listening to Hip-Hop and so did my partner Chris. So it was only natural that we incorporate Hip-Hop into our shows. I think we were the first ones to start booking Hip-Hop artist at raves. At boo 6 we did a whole tent dedicated to just Hip-Hop, the lineup was Krs-1, Slick Rick, Das Efx, Black Sheep, Kid Capri, Tony Touch and Evil Dee. It was amazing, I had this big show to run but every hour or so I would pop my head to try and catch some of the show. Some other memorable performance’s was Rabbit in the Moon at One Nation, They killed it!! Krs-1 performance at boo 5, Asbury Park was dope and his preference at One nation where he brought on stage with him to preform, MOP, Mad Lion, GangStarr and Jeru the Damaja to this day is still talked about. Other great performance’s was Carl Cox and Richie Hawtin when we did South Street Seaport. Derrick May, Juan Atkins, Bad Boy Bill, and Stacey Pullen also had amazing sets at our events. There are just so many.

What do you consider to be the biggest issues EDM is facing in the USA?

The issues have no changed, it the same issues we were dealing with 15 years ago. EDM and drugs. The biggest problems is society see EDM as being directly connected with drug use.

Where do you see EDM in 5 years?

I see it getting bigger, some say the EDM bubble will burst. To me if that is true, that only means it will become more underground again.

In your opinion, what is the biggest threat to the future of the NYC rave scene? Do you have any insight on how we can overcome or avert this threat?

Anything else you want our readers to know?

If any of your readers want to to see some of the old Stuck On Earth Photos and flyers they can do so at https://www.facebook.com/stuck.onearth and we have some videos from our past events http://www.youtube.com/user/jeffsoe 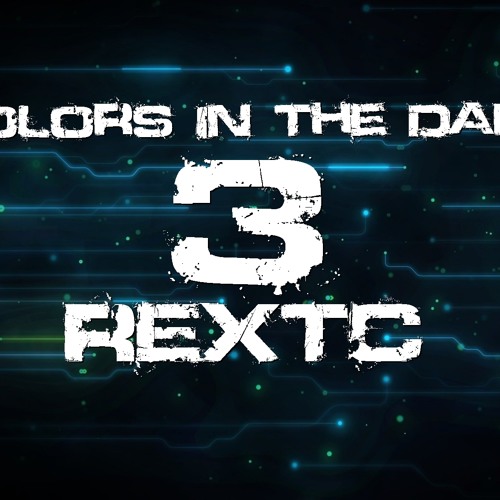